FOSSIL PREPARATION
Below a succession of 6 photos of a trilobite being prepared by Kevin Brett using an air scribe and an air eraser. If you think your fossil can be cleaned up by fossil preparation contact Kevin at: trilobitologist@yahoo.com;
FOSSIL PREPPING 2015
In the Winter with the snow flying it's always a good time to catch up on some inside projects. One of them was working on a trilobite fossil found at St. Marys Quarry last Fall. 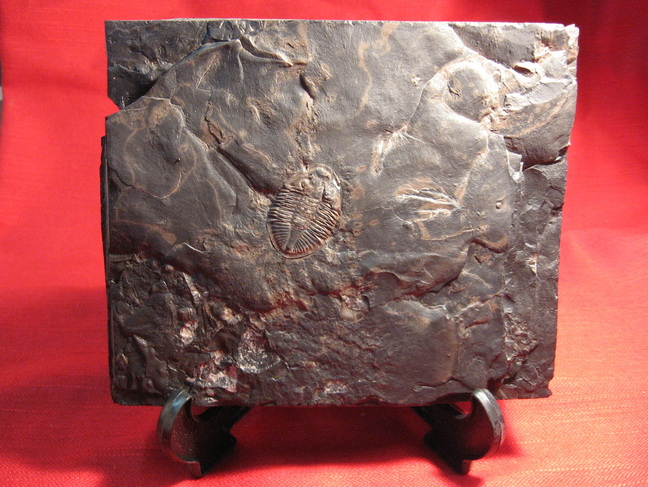 Positive impression (pseudogygites latimarginatus).
After a wash and dry and a re-varnishing they turned out superb. The sides were also varnished to prevent further splitting.
​ Do I hear $50 for the pair! $50 thanks, how about $60, yes $60, anyone for $70............. 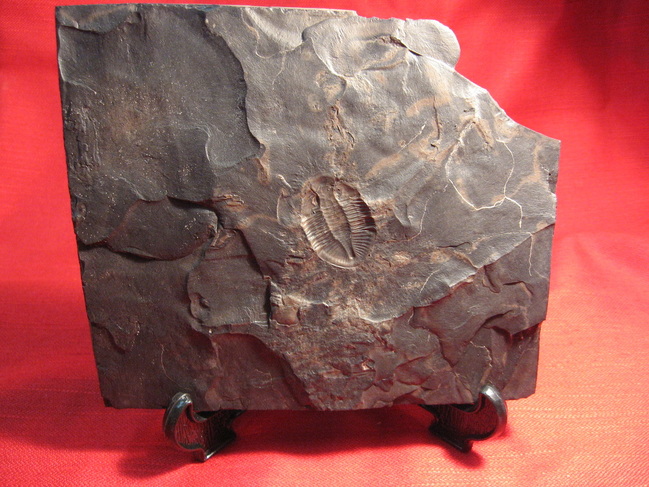 Negative impression.
Three more trilobites collected in the Fall at St. Marys Quarry needed different levels of prepping and the first one required and air scribe. It runs off an air compressor and works like a mini jack hammer chipping the stone away but also providing vibration to separate the stone from the fossil. Generally a rock’s weakest point is along the surface of a fossil.
​ (scroll down to older posts for more details on equipment). 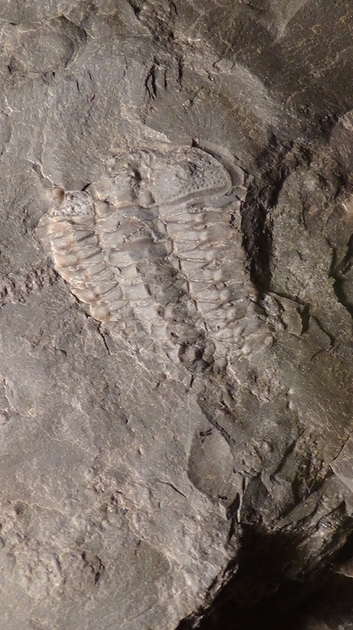 The first to prep was a small ceraurus trilobite. It was partially embedded in the matrix (surrounding rock) which needed to be removed but I didn’t have much hope because the exoskeleton had separated from the trilobite due to the blast. The exoskeleton is what gives it strength through the prepping process. 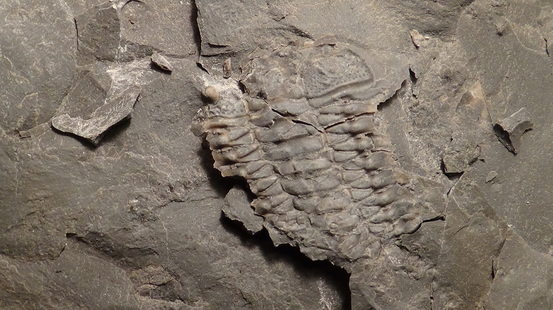 Sure enough when using the  air scribe the thing just fell apart. It’s a mixed bag when prepping a fossil.
This next one was interesting. A great find is a complete trilobite of course but many trilobites are found separated in pieces usually in 3rds, however don’t let that stop you from collecting them because trilobites can roll or fold up. The rest of your trilobite piece could be underneath or in the matrix. Using the air scribe on this isotelus trilobite will hopefully reveal the head on the other side.
​The third trilobite was in fairly good shape already when found.  Part of the lateral border exoskeleton was missing on the head but the imprint was still there. Some use of the air scribe was needed to expose the rest of the right side.
Now on to the air eraser. Also working off an air compressor  this little tool shoots out abrasive powders similar to a sand blaster but on a very delicate scale. Powders used are calcium carbonate, alumina hydrate and dolomite. An air eraser must be used in a negative pressure blasting cabinet,  sucking the abrasive materials away because most of the abrasives are harmful to breathe. Scroll down to earlier posts for more details on an air eraser. 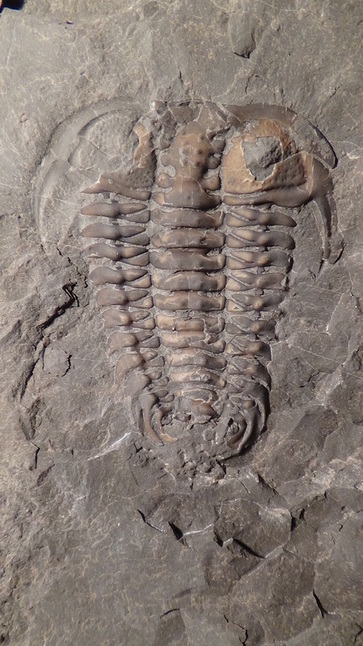 I removed a little more rock from the tail with the scribe and finished up with the air eraser leaving a cleaner deeper look.
Not a pristine specimen but well worth the effort!

Pray and support Creation Research so that we can continue to collect and clean
​fossils for our museums to further the evidence for Creation and Catastrophe!
Psalm 111
2 The works of the Lord are great,
Studied by all who have pleasure in them.
New King James Version (NKJV) 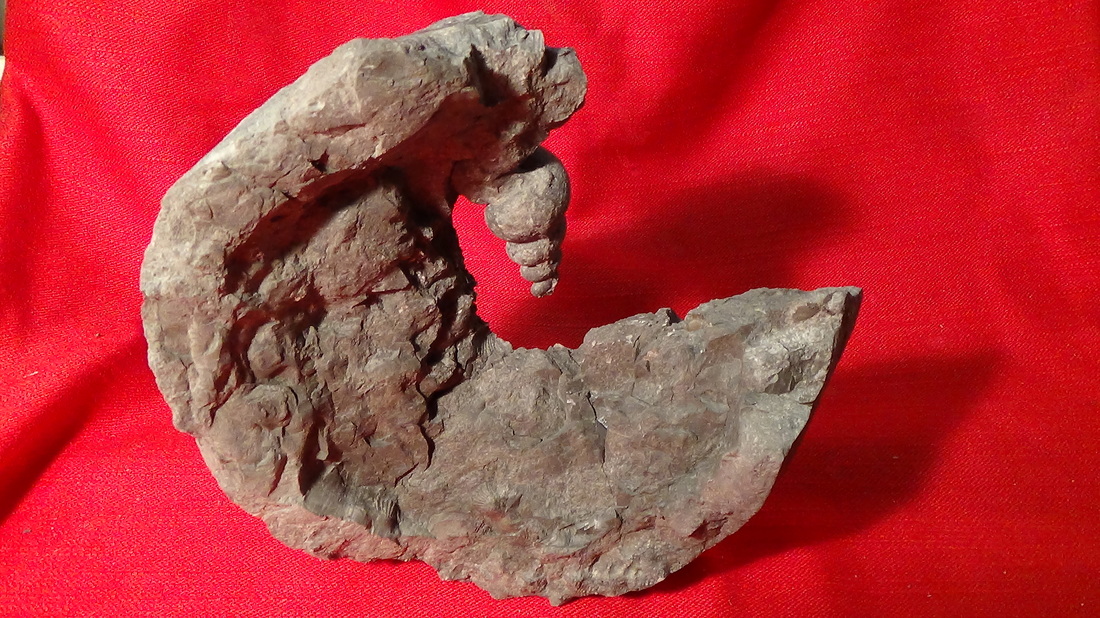 but after a while of using the air scribe it looked kind of neat with it in, almost artsy! I may take up a new direction in fossil art! When I posted this on facebook someone noticed a face. Can you see it? Here are some of the face book comments,  It looks like the man on the moon ( I can see its face ) So cool! (Victoria). Okay, that is really cool, I see it too! (Yvonne). This is absolutely beautiful (Matt).
OLDER POSTS
Most of the local fossils in the museum after being washed are displayed as is, however some
require preparation to enhance the fossil. Below are a few ways to prepare a fossil.
Using a simple hammer and mini chisel method of just chipping away at the limestone covering the fossil. Crude but effective.
Below using the micro sand blaster method. Preparation work done by Kevin Kidd.
2013 UPDATE
Thanks to generous donation The Creation Research Museum will pursue purchasing a used micro sand blaster
and other associated accessories. Stay tuned for updates! 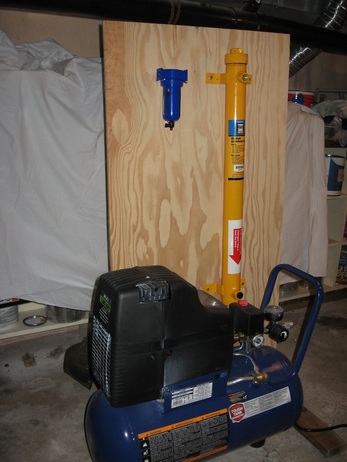 February
First of 3 phases. Purchase of compressor (above) and set up of air dryer and air filter.
Setup of venting using a kitchen vent for the suspended dust in the room and a simple
shop vac for removing the blasting material from the cabinet. 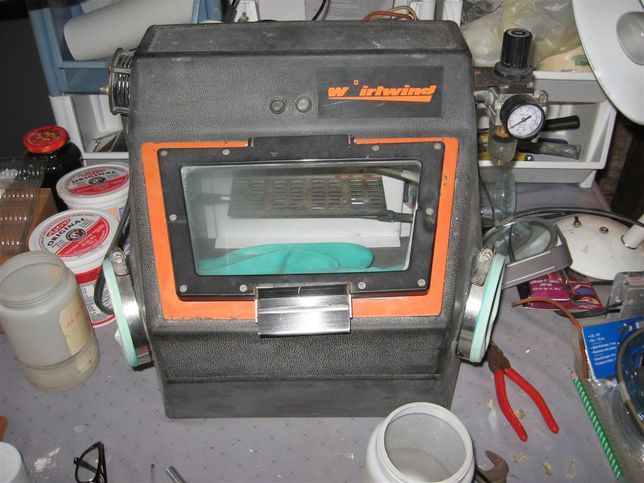 Summer
Tinkered with a small dental abrasive blaster I borrowed from a colleague but the both of us
could not get it to blast properly. Yup, dentists use the same devices on dentures and casts.

December
Second phase. After a long search for used abrasive blasters an air scribe came up for auction on Ebay.
After winning it by being the highest bidder it was shipped over from the USA in a few days. What is an
air scribe? It's like a mini jack hammer which chips the rock away from the fossil which prepares the way
for the finer detailing of the air abrasive blasting.
Video demonstration of an air scribe
FEBRUARY 2014
Purchase of an abrasive blast cabinet. A half price special deal! 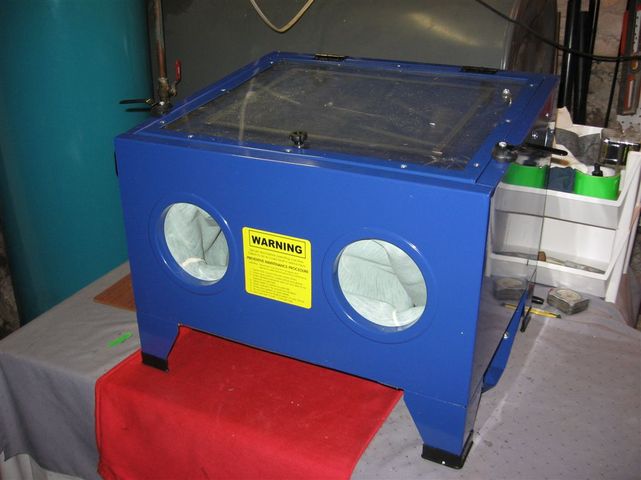 March
The final tool has arrived, an air eraser. This is the actual blaster where the abrasives come out of to remove the rock around the fossil. Thanks to Goodwood Baptist Church for the funds to purchase this part of the fossil prepping system! 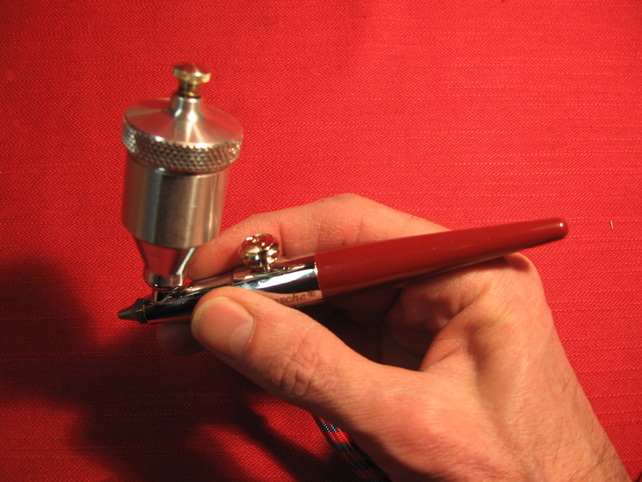