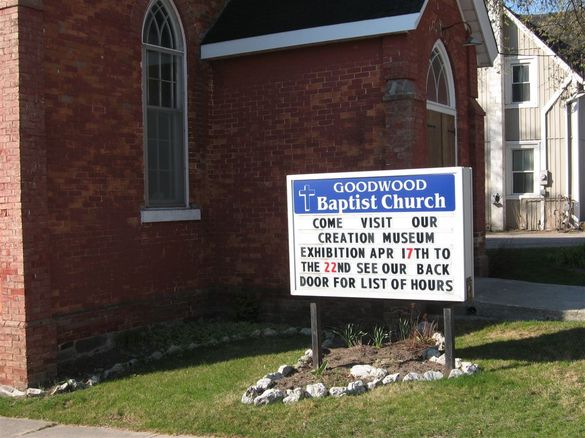 The Creation Science Museum of Canada with Director Ian Juby teamed up with the
Creation Research Museum of Ontario to bring one great exhibition. 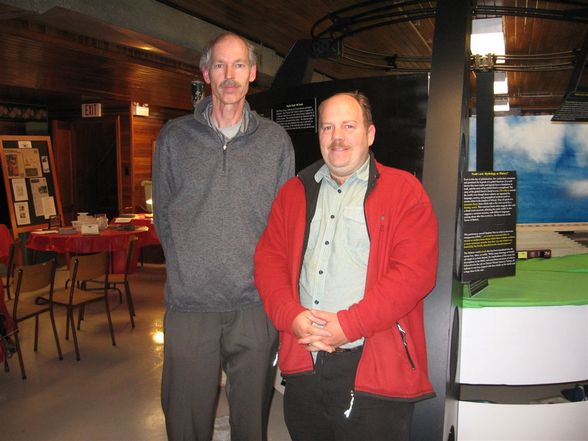 Lots of subjects were covered in the displays including, Living Fossils, Dinosaurs, Noah's Ark, Fossil Human Foot Prints,
Evidence of Dinosaurs and People Living Together, Biology and Geology. After glitches, display delays and illnesses
at the beginning of the week it ended in success and people were encouraged and challenged. 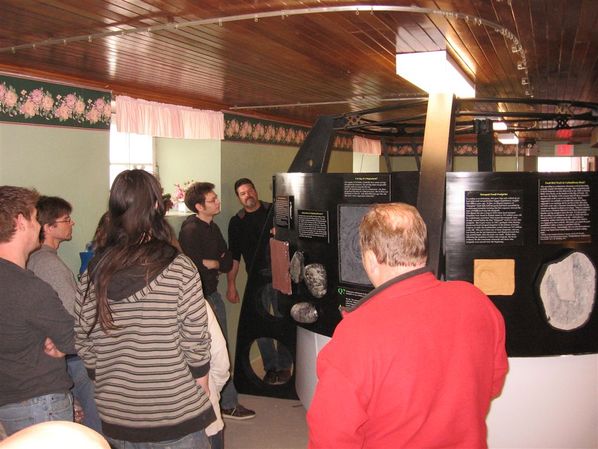 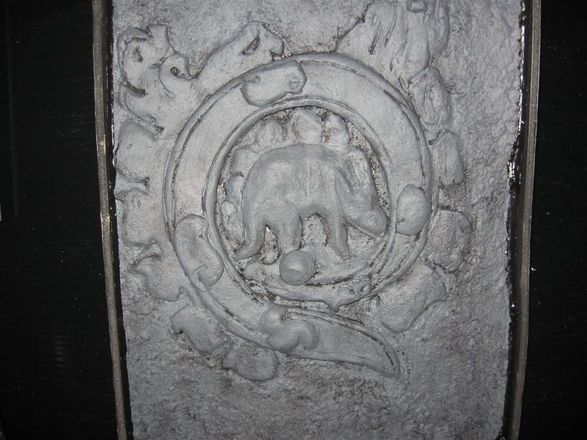 This cast of an 800  year old Cambodian carving clearly shows a stegosaurus. Dinosaurs must have been around
at this time in history for someone to have so accurately carved them. 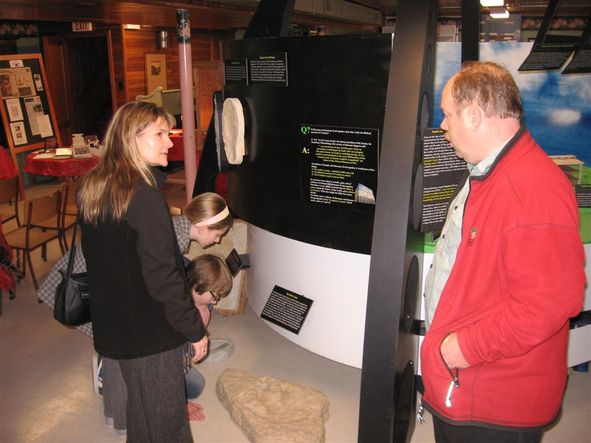 Ian also brought a very extensive collection of fossil human footprint casts.
Footprints that are found in the same rock strata as dinosaurs. 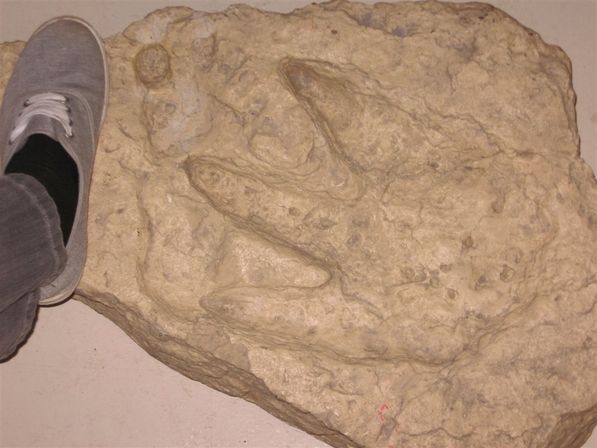 Here is an amazing slab with a dinosaur footprint overlapping a human footprint!
Rock solid evidence that humans and dinosaurs co-existed! 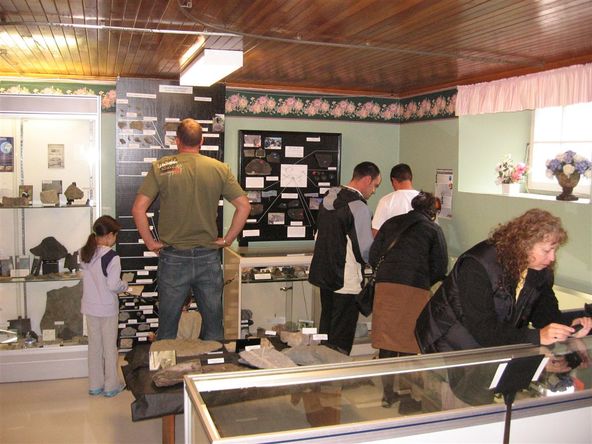 The existing museum had 2 new displays added plus many fossil upgrades bringing the total number of
rocks, minerals and fossils to over 400! 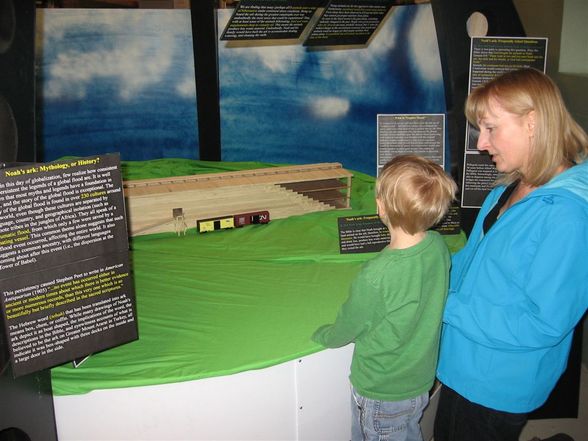 An amazing Noah's Ark model along side some model rail cars shows just how large the ark was. Noah would have no problem
fitting all the animals on the ark (including the dinosaurs) with room to spare for squash and tennis courts! 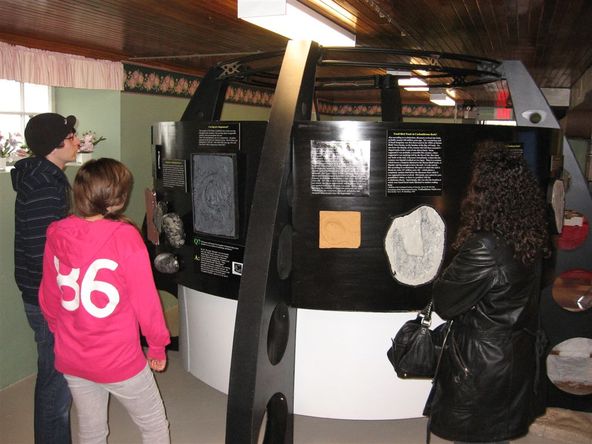 Great out of place fossils showing ostrich tracks in rock strata where evolutionists say they haven't evolved yet. 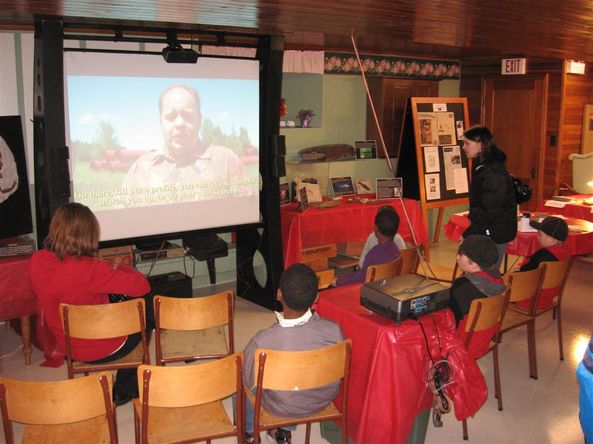 Taking  a pause at the theaterette. 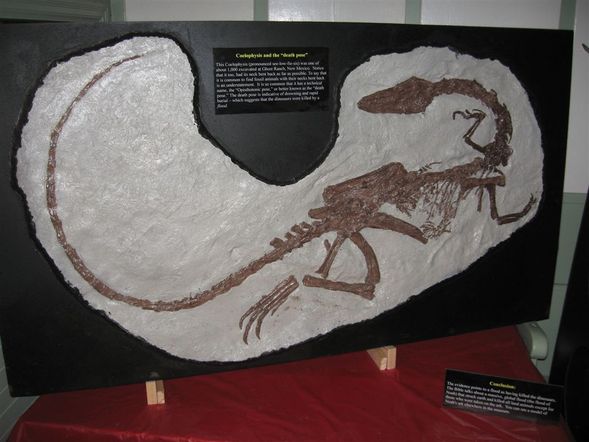 One of a few impressive dinosaur casts on display. 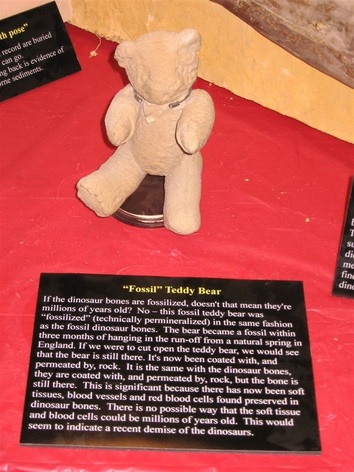 Even a fossilized teddy bear to discredit the idea that it takes a long time to form a fossil. 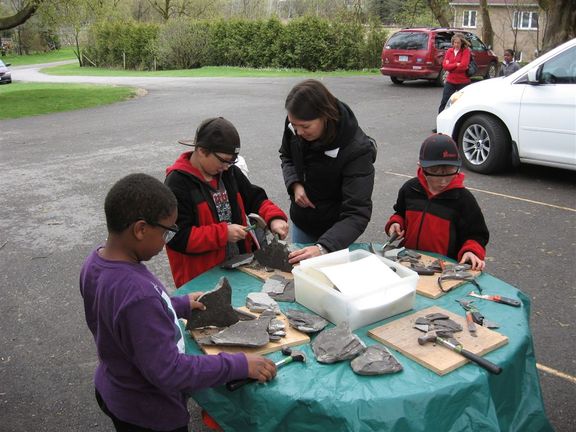 As usual the fossil hunt was a favorite activity for the kids. The shale slabs were split open
to reveal some cool fossils. Whatever they found they were able to take home with them.
When they split the shale open they smelt oil indicating rapid burial of plants and animals. 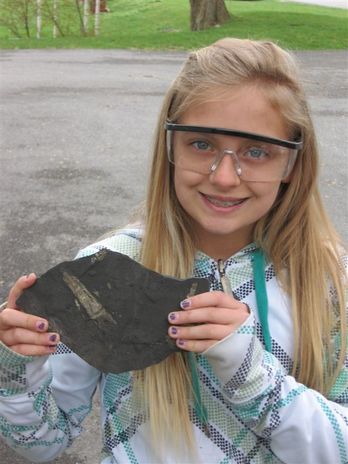 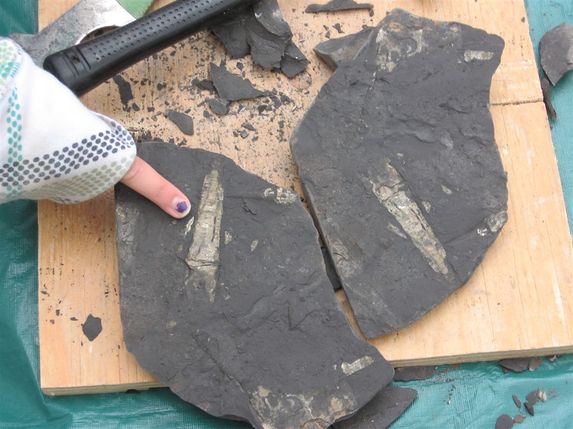 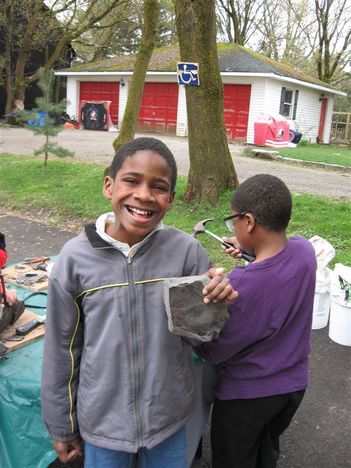 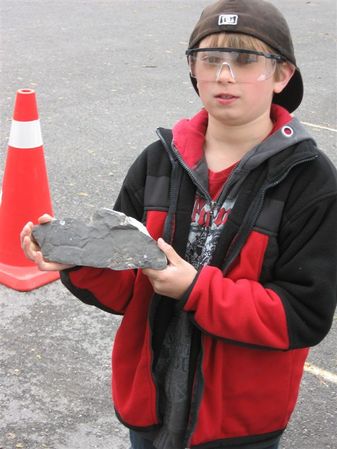 The find of the exhibition was a complete trilobite that
Marcus Theberge located. 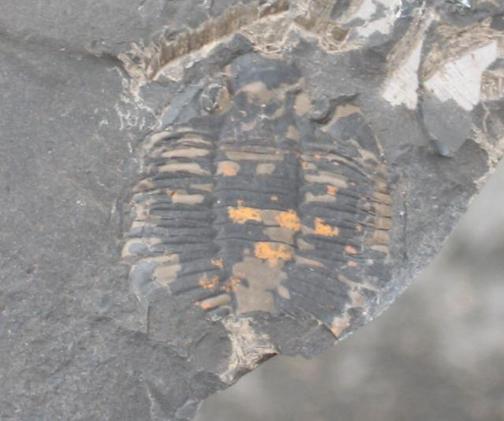 If you got excited about this exhibition and would like to have Ian and the Travelling Creation
Science Museum visit your Church click: http://ianjuby.org/booking.html

FEEDBACKGreat photos,
Looks like things went well in spite of the mountain of difficulties you had faced.
May the Lord plant seeds deep in those who were there and may
He bring many more to see the truth of creation through you and Ian.
Kim Holley