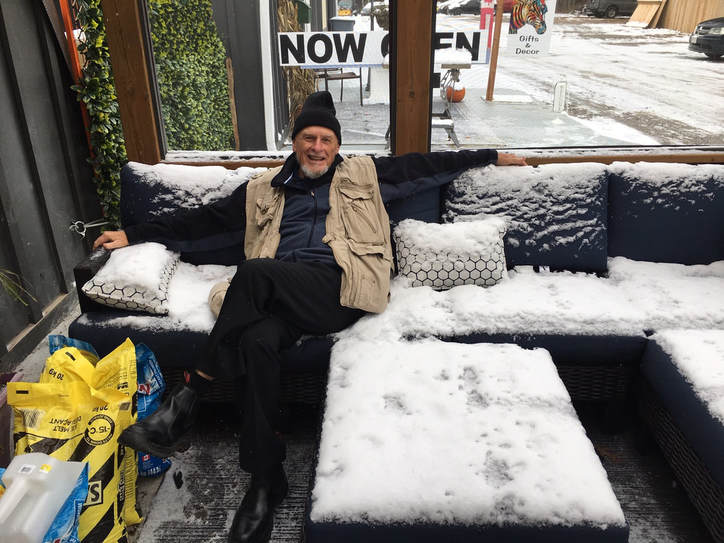 The snow came early this year but although John comes from a part of Australia where there is no winter, he seemed to have acclimatized quite well here in Canada. Of course with the early snow we had to cancel the fossil trips because it would be way too cumbersome to try to clear the snow with leaf blowers just to get to the fossils!
Below: a few shots of some of the churches visited by John this November
October Quarry Research
Quarry research is important not only to gather better museum specimens but it also helps one to realize again that in the real world you don't find evidence for evolution, rather everything points to creation and past catastrophic flooding!
September 2018 Museum Birthday Tour
Thanks for prayers the September 8, 2018 museum (birthday) tour and fossil hunt went well without a hitch. A museum birthday tour is when folks celebrate a birthday right at the museum! I couldn't have done it without my partner in crime, Marc Kenyon. Here are some photos of the event, Enjoy seeing the blessings.
OPENING INTRO
TOUR AND SELF TOUR
BIRTHDAY PARTY
COLLECTING AND SAFETY LESSON
FOSSIL HUNT
This time we had a mix of Whitby Shale and Gull River Formation Limestone from Norland available,
​resulting in a wider range of different fossils found.

Lots of great fossils were collected today and all were able to take them home. No evidence for evolution was found... only a quick burial could have produced these fossils and this oil!
July Quarry Research
I'm very fortunate to collect with some of the greats in fossil identification. These guys are mostly into collecting bugs (trilobites) and this quarry has several varieties including a fairly rare Bathyurus trilobite.

A great find by Kevin B. This is a Cephalopod or straight coned Nautiloid. Note the lines. These are preserved decorative markings. Great evidence for rapid burial.
June 2018 Fossil Trip and Tour 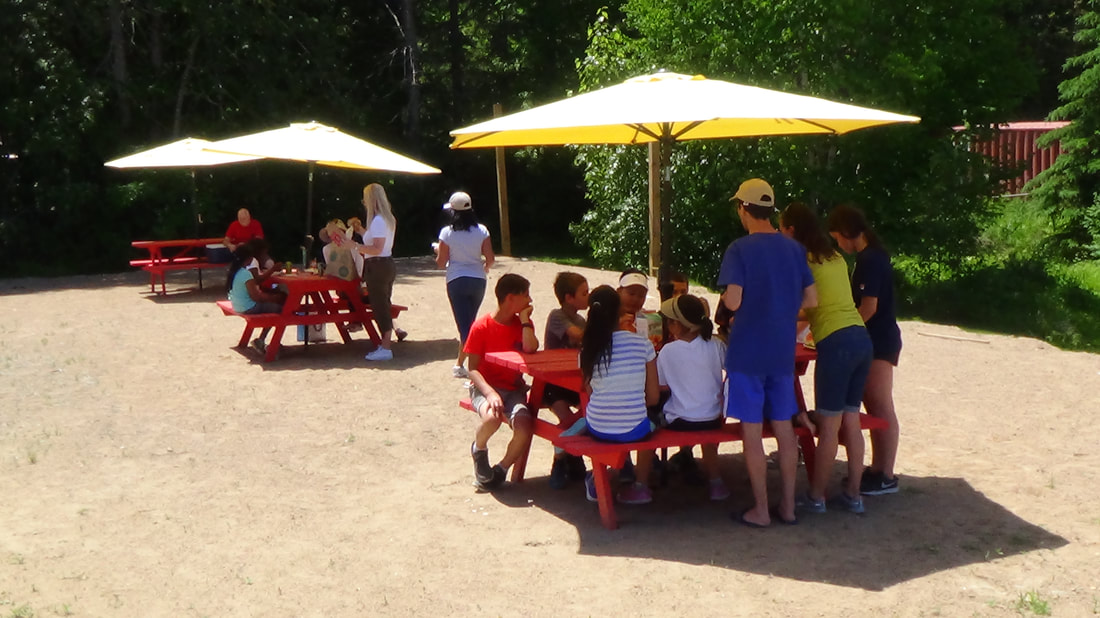 Lunch time in Norland
On to site 2. Near Fenelon Falls.
Back at Goodwood for the museum tour 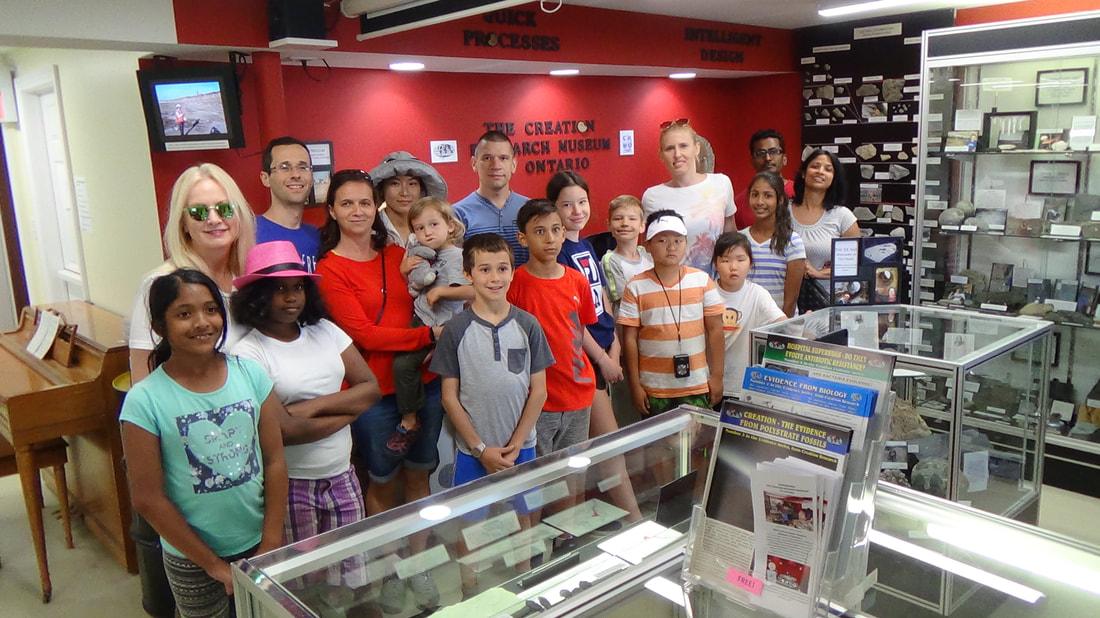 Hi Martin, Marc,
Thank you both for such a wonderful day ... and the pics.
We learnt so much about fossils and the children were very engaged. This is a
great initiative for those seeking evidence for creation.

May 2018 St. Marys Quarry
St. Mary's Quarry May 27, 2018, with CCFMS
It was perfect weather for fossil hunting and some collectors found some great stuff 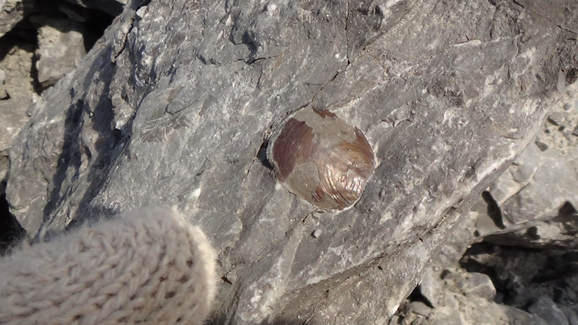 Not a bad lingula specimen. The matrix was crumbling so I managed to pop the lingula out.
​
So far some good finds! Now ​down to the Verulam Formation in the lower benches.
Up to the top bench, my favorite, the Whitby Shale (Upper Ordovician) 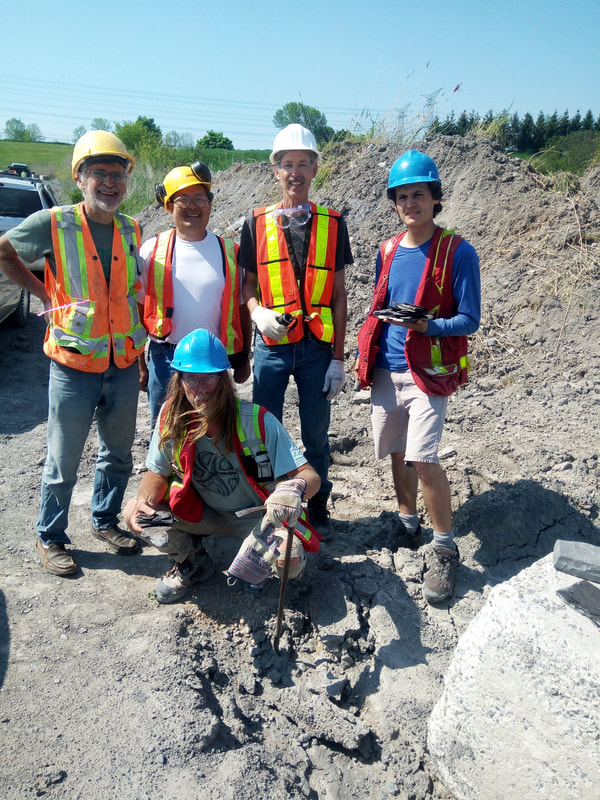 A great day of collecting. End of the day photo of Malcolm, Peter, Martin, Marc and Kevin
Victoria Day Museum Tour and Fossil Hunt May 21, 2018

From us all,
The Ng Family

This year Marc and I did some museum promotion by attending 2 homeschooling conferences. We had some good feedback. 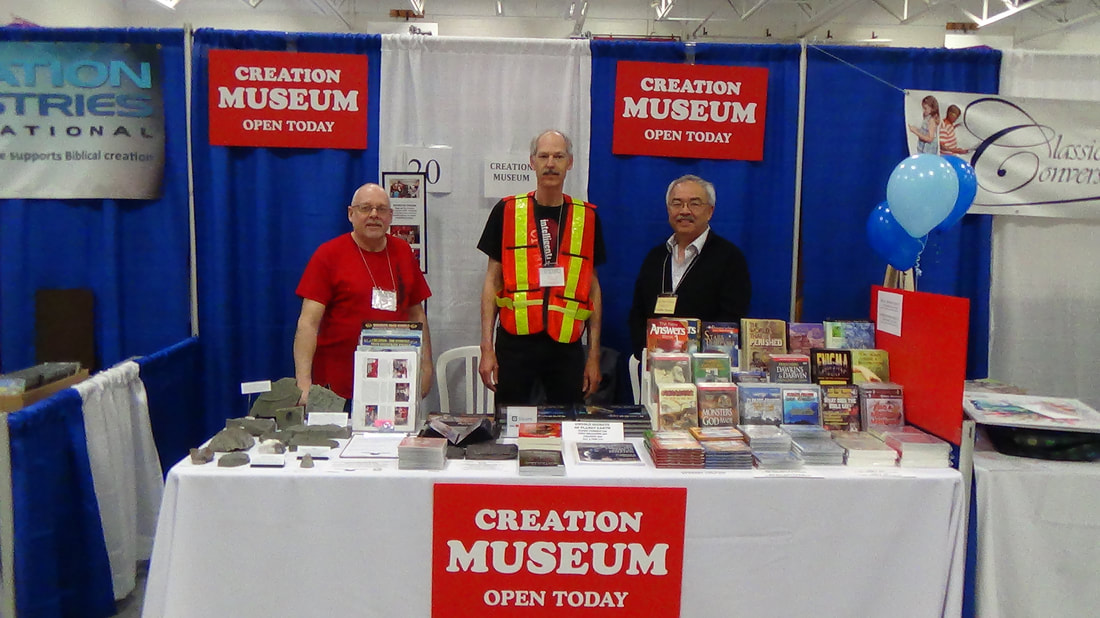 Dr. Gary Chiang (right) came down from his office at Redeemer University (where the conference was held) to join us and converse with the crowd for a while. Gary recently joined the museum advisory board and is a good supporter of the ministry.
March 2018 Balls Falls
I got an early start this year to try to finish off the formations board that's displayed in the museum. The formations board is a display board with a stuck-on sample of rock from each layer of stone or "formation" that's present here in Ontario. An area where I know I could find at least 3 specimens was at Balls Falls near Jordan, Ontario.